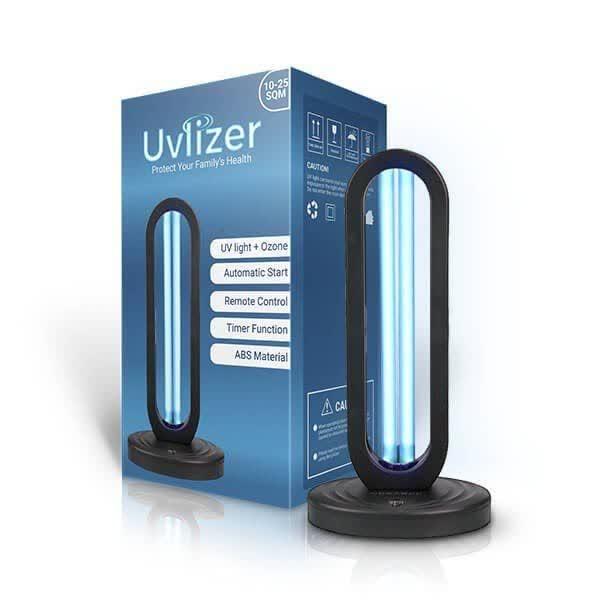 I’m sure you’ve heard that UV light destroys those invisible pathogens that the COVID virus is spreading around. While sunlight is the best source of UVB rays and a great (and free) way to keep your immune system healthy, UVC is the most effective at cleansing.

What is Ultraviolet (UV) Light?

In a medical dictionary, ultraviolet light is defined as:

denoting electromagnetic radiation of wavelength shorter than that of the violet

end of the spectrum, having wavelengths of 4–400 nanometers.

ultraviolet A (UVA): ultraviolet radiation with wavelengths between 320 and 400 nm,

comprising over 99 per cent of such radiation that reaches the surface of the earth.

responsible for some photosensitivity reactions; it is used therapeutically in the

treatment of a variety of skin disorders.

ultraviolet B (UVB): ultraviolet radiation with wavelengths between 290 and 320 nm,

comprising less than 1 per cent of the ultraviolet radiation that reaches the earth’s surface.

cells, including damage to DNA, leading to premature aging of the skin, premalignant and

malignant changes, and a variety of photosensitivity reactions; it is also used

therapeutically for treatment of skin disorders.

ultraviolet C (UVC): ultraviolet radiation with wavelengths between 200 and 290 nm; all

surface. Ultraviolet C is germicidal and is also used in ultraviolet phototherapy.

ultraviolet rays: electromagnetic radiation beyond the violet end of the visible spectrum;

they are not visible to humans. They are produced by the sun but are absorbed to a large

extent by particles of dust and smoke in the earth’s atmosphere. They are also produced

by so called sun lamps. They can produce sunburn and affect skin pigmentation,

causing tanning. When they strike the skin surface they transform provitamin D, secreted by

the glands of the skin, into vitamin D, which is then absorbed into the body. Because

ultraviolet rays are capable of killing bacteria and other microorganisms, they are

operating rooms and other areas where destruction of bacteria is necessary.

Ozone or trioxygen, is an inorganic molecule with the chemical formula O3. It is a pale blue gas with a distinctively pungent smell. It is an allotrope of oxygen that is much less stable than the diatomic allotrope O2, breaking down in the lower atmosphere to O2 (dioxygen). Ozone is formed from dioxygen by the action of ultraviolet (UV) light and electrical discharges within the earth’s atmosphere. It is present in very low concentrations throughout the latter, with its highest concentration high in the ozone layer of the stratosphere, which absorbs most of the sun’s ultraviolet (UV) radiation.

Ozone is a powerful oxidant (far more so than dioxygen) and has many industrial and consumer applications related to oxidation. This same high oxidizing potential, however, causes ozone to damage mucous and respiratory tissues in animals, and also tissues in plants, above concentrations of about 0.1 ppm. While this makes ozone a potent respiratory hazard and pollutant near ground level, a higher concentration in the ozone layer (from two to eight ppm) is beneficial, preventing damaging UV light from reaching the earth’s surface.

The uvlizer was created based on the germicidal effects of UVC used in healthcare combined with the oxidizing powers of ozone. Germicidal UVC light produces ozone during the cleansing process which also disinfects the areas where ultraviolet light cannot reach. The Uvlizer is natural and safe, leaving no chemical smells or residue on the surfaces in your home when used properly. It does leave a faint chlorine-like smell in the air, but that dissipates quickly, well within the 40 minutes indicated in the instructions.

The Uvlizer is very portable and easy to use; you simply turn it on and leave the room. After the required wait time for the smell to disappear, move it to another room and repeat the process. As indicated, you must leave the room and remove plants from the room while the uvilizer is working as the ozone is toxic to humans and plants. When turned on, a timer counts off 30 seconds to permit you time to leave the room. There is also a remote for this purpose. The unit shuts itself off after the time limit you set based on the size of the room.

Where can I get a Uvlizer?

Currently you can purchase a Uvlizer online for $80USD or $102CDN with free delivery worldwide! Shipping from Wyoming in the USA, delivery takes 6 to 10 days within the USA or Canada and longer elsewhere.

You can also purchase one from Amazon

Protect yourself and your family; get your home sanitized from Covid and other bacteria, viruses and pathogens you are not even aware of. Reviews are all very positive for sanitizing homes (including pet odours), offices, businesses, hotel rooms, and even the masks we have been wearing.